Yesterday I had a pointless discussion with TRAs who couldn't understand why any study on transgender people that doesn't account for homosexuality as a variable is flawed. It's because whenever it is accounted for, this happens 👇

Recently, media widely reported that “Transgender people’s brain activity matches gender identity, not biological sex”. None of these sensationalist articles provided links to the actual study, but even if they did, you’d only be able to read it in full if you had access to PubMed and the original journal, However, upon reading the full paper (low res screen caps further below) one statement invalidates the conclusion:

“Androphillic transgirls” are boys who identify as girls and are attracted to males (ie. they are gay), and “gynophillic transboys” are girls who identify as boys and are attracted to females (ie. they are lesbian). So we have a study that compares gay kids with straight ones, with a twist – gender dysphoria which gay kids often suffer from is now diagnostic of “transgenderism”.

Here are screencaps of the study: 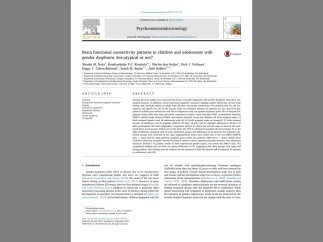 If we look at another study by the same author  we can see the exact same issue again:

Thankfully, what separates this study from many others in the field of “transgender research” is that the authors here at least acknowledge the confounding factor of sexual orientation. When questioned about this, the author Julie Bakker said, “You are right that sexual orientation can be a “confounding factor”, and the thing is that working with adolescents, they are actually all “homosexual”.”

Reason why this is relevant dates back to 2008, when a Swedish study that analysed brain scans found that brains of gay men and women share some similarities. There’s been more research since, and we now know that there’s no such thing as male and female brain but that all brains are mosaics of features which, while they might be more commonly found in one sex, more likely overlap between the sexes, so much so that as little as 0-8% of study subjects have patterns purely associated with their own sex.

Still the interesting findings that relate to brain scans of gay people should not be disregarded, not only because they provide evidence of biological basis for sexual orientation, but because we know that the brain is like a muscle, and by repetitively performing certain actions, being exposed to certain stimuli, thinking certain thoughts and concentrating on certain activities, we can alter brain structures. Such as in the case of London taxi drivers who have well documented structural changes in the brain the longer they drive, purely because they store huge amounts of certain information and engage their visuo-spatial skills.

So it’s not unreasonable to suggest that gender non-conformance itself, or even sex-specific socialisation, prolonged gender dysphoria or obsessing over one’s body parts or gender, could be responsible for observable differences in brains of men vs women, homosexuals vs heterosexuals and indeed gender dysphoric teens vs those who are not. And let’s not forget that both studies on gender dysphoric children and adolescents I linked above showed no differences in pre-pubertal groups, regardless of the presence of gender dysphoria, and that studies show that majority of “transkids” who aren’t medicalised desist, and most grow up to be gay.

This is important because in studies where all or most of the “trans” kids being studied are gay, and the “cisgender” controls are straight, (or when sexual orientation isn’t even recorded) the differences will more likely be due to sexual orientation than the elusive and scientifically unsubstantiated concepts of “transgenderism” and  “gender identity.

To see just how problematic “transgender research” is in general, please take a look at these:

Article that discusses mismatch between the findings and their interpretation

Article that documents and explains why the research used to justify “affirmative approach” to gender dysphoric children is assessed as being of low quality even by people who use it.

Responding to Ideas on Sex Differences in Brain and

I’m not apriori opposed to research into transgender phenomenon, because despite the fact most of the existing studies are of abysmal scientific quality, a few reveal interesting results. However, what makes even those interesting ones a pile of 💩💩 is habitual shoehorning of gender ideology into conclusions, and overlooking significant other factors that could explain results. That is a hallmark of bad science.

I’m also tired of transactivists who don’t even understand the meaning of terms “confounding factor” and “flawed methodology”, and are unable to critically appraise medical research, arguing with me and other doctors over this. Demanding our time. Ignoring everything we say while asking us to provide more studies they won’t understand and more examples which they’ll just use to keep shifting goalpoasts, while pretending that burden of proof is still on us. It’s demented. Entitled. It’s like debating with hangry baby birds who scream “Feed me more, so I can vomit it up. MORE!” 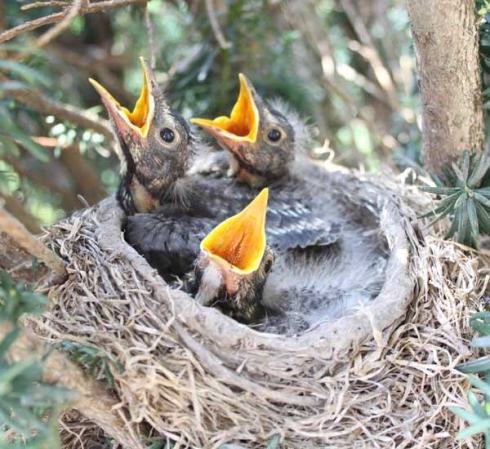 When I was first introduced to critcal appraisal, in third year of medical school, I found it boring, difficult and intimidating. Trying to understand statistics while having to learn the entire neuroanatomy and physiology and a million other medical things, was like descending through circles of hell. Not having had the benefit of comprehensive medical knowledge and experience, I had trouble understanding studies, let alone being able to spot issues with them. But as time went on it got easier until one day, ensuring that results are statistically significant and that they support conclusions, that biases and confounding factors have been accounted for or at least discussed, that the study population is relevant to the study question and the findings applicable to wider clinical setting, became not only second nature but an essential skill in a field fraught with unethical, profit-motivated research. This is why doctors should be the gatekeepers and interpreters of medical information, not the media, who will stop at telling the consumers what the corporate line is.

Peer review means something, or at least it used to before the recent proliferation of dodgy journals, faked peer reviews and extreme control corporate sector exerts on research itself. Corporate interests have now infiltrated universities and teaching hospitals to such an extent, that profit-driven research is indulged by intimidating doctors into overlooking methodological flaws on account of ideological correctness, while important research is being activelly suppressed, such as the research into escalating number of detransitioners.

So while there’s no shame in transactivists not having the knowledge and skills required to critically appraise medical research, their ignorance makes them susceptible to easily believing erroneous conclusions, and the ideological indoctrination within transgender community  makes them impervious to any information that doesn’t validate their world view.

In that sense, they are no different from flat Earthers or any other political group that’s simultaneously completely scientifically ignorant and convinced they can argue with scientists on equal footing. And in the case of gender ideology, they are proving to be ideal foot soldiers who can be trusted to relentlessly promote false narratives and, thanks to their ample presence on social media, to drown any voices that dare question the transgender dogma.

“Gender is not a binary, it’s a hierarchy, global in its reach, sadistic in its practice, murderous in its conclusion, just like race, just like class.”
Lierre Keith